It is only very recently that 3D movies and television 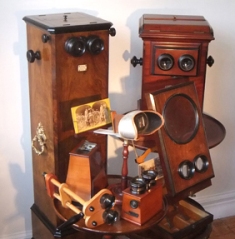 have become state-of-the-art, so it may surprise you to discover that 150 years ago virtually every middle-class home had a stereoscope with which to view photographs in 3D. The stereoscope became the “television” of the Victorian era. It was viewed as not only an entertainment, but also educational and provided an eye on the world. The subject matter of the 3D photographs (stereoviews) was wide and various: current affairs (events, exhibitions etc), wars, famous people, sport, art, humour and even erotica.

Travel was the most popular subject. Travel was time-consuming and expensive, but through the stereoscope, everyone could be transported instantly to distant lands and wonder at exotic people and places, or even just bonny Scotland, all in the comfort of their own parlour.

Stereoscopic vision was first explained scientifically by Wheatstone in the 1830s, who invented a stereoscope based on mirrors through which two flat drawings of simple objects from a slightly different perspective could be viewed in relief. However, it  was Sir David Brewster, 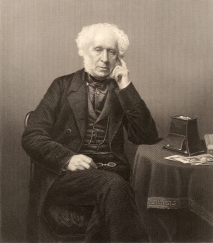 the Principal of St Andrews University, who developed a compact, portable lenticular stereoscope. This was first publicly exhibited at the London Great Exhibition of 1851. The Brewster stereoscope started a global craze for 3D images and stereoscopy.

Scotland had become a popular tourist destination. Before the industrial revolution, which created a moneyed middle-class with increased leisure time, travel was the preserve of the rich. Young aristocrats set off for months on the “Grand Tour” of the main European sights of classical antiquity, such as Rome and Athens. During the 18th century, the beauty of nature was increasingly appreciated and the Alps became an essential element of the tour. The Napoleonic Wars curtailed continental travel and Scotland provided a “convenient” picturesque alternative.

Travellers followed in the footsteps of grouchy diarist, Dr Samuel Johnson and his Scottish companion, James Boswell, who famously toured in 1773. The wild scenery inspired the imagination of illustrious 19th century visitors such as J.M.W. Turner, who made the first of many artistic tours in 1801, and the composer Mendelssohn, who visited in 1829. 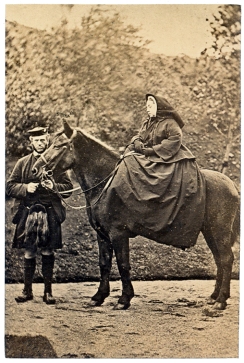 Queen Victoria’s love for the Highlands further spurred the demand to visit remote picturesque viewpoints, ruined abbeys and castles, with their romantic associations popularised by the best-selling writings of Sir Walter Scott.

The Victorian age saw the dawn of mass tourism with the advent of the age of steam. Railways were built the length and breadth of Britain, democratising travel. Thomas Cook organised affordable, all-inclusive packaged holidays, such as “The Trossachs Tour”. Guidebooks appeared. Victorian tourists were a hardy bunch, travelling by steam train, paddle steamer, horse-drawn carriage, pony and often simply on foot. Accommodation was limited and usually rudimentary.

In the mid 19th century, the new art of photography was similarly far removed from the convenience of today. Photographers had to carry their darkroom with them. The glass-plate negatives had to be freshly prepared and still wet when the photo was taken. The diary of Aberdeen photographer GW Wilson records a trip to the west coast in October 1863 where he succeeded in taking fewer than one photo per day! The patience and technical skill of the early photographers represented on this site deserve immense respect.

Stereoviews were cherished souvenirs (or merely a cheap and time-effective way to explore the country). Around 1860, stereoviews were by far the most popular format of topographical photograph, representing over 90% of the market. Scotland rapidly became one of the most widely-photographed nations in the world, in all its three-dimensional glory. Today, these Victorian stereoviews provide us with not merely a picturesque tour, but also a portal back in time. One of the continued glories of Scotland is that many scenic views have changed very little. On the other hand, our towns and cities, fashion and modes of transport have all been completely transformed.

Let us follow in the footsteps of these intrepid Victorians. Visit the interactive map and click on the places highlighted to see what they looked like in Victorian times.

Note: to view the side-by-side photos in 3D you will need a stereoscope – such as the Loreo Lite included in the P3DB Publications books ‘Scotland in 3D‘ or ‘Chamonix in 3D‘ or an Owl viewer as designed by Brian May for London Stereoscopic Company books. Some people can manage to see the 3D effect without a stereoscope – the trick is to get your eyes looking parallel rather than focusing on a spot, such that your left eye is looking at the left image and the right eye is looking at the right image, then the images seem to split into three with the middle image being in 3D. This can be achieved with practise and is easier with small images! To view anaglyph images (overlapping red/blue(cyan) images) you will need anaglyph red/cyan glasses. 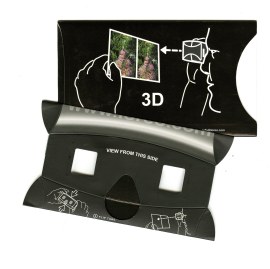 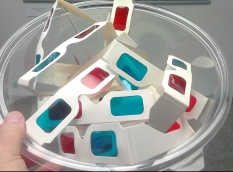